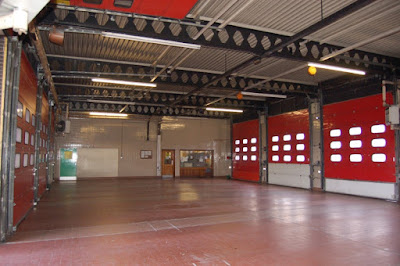 SANTA TERESA, CA—Firefighters serving this sprawling Southern California suburb suspected that something was amiss when they were required to work hundreds of hours of overtime every month, month after month.

Now their suspicions have been confirmed.

The fire department they work for reverted back to a two-platoon schedule earlier this year but had neglected to inform personnel, according to a memo emailed to all staff late Friday afternoon.

Rank-and-file members of the department have grumbled about the sharp increase in forced overtime. But in a surprise move, union president Giacomo Ciacco stood shoulder to shoulder in solidarity with department brass in admonishing firefighters to “Just suck it up.” Said the labor boss, “There are hundreds of guys out there who’d kill to have your job. Stop whining.”

Up until the late 1960s, most full-time fire departments operated on a two-platoon schedule, with firefighters alternating 24 hours on duty and 24 hours off. But as labor laws improved most departments were mandated to move to the current three-platoon system.

However, Santa Teresa firefighters have now been told that reasonable working hours “are a thing of the past.” Explained Ciacco, “That kind of thinking is so 20th century.”

Suppression personnel initially attributed the mandatory overtime to the department’s failure to hire to keep pace with retirements. But the department apparently never had plans to replace those retirees.

“It figures,” said one fire engineer, who declined to be identified.