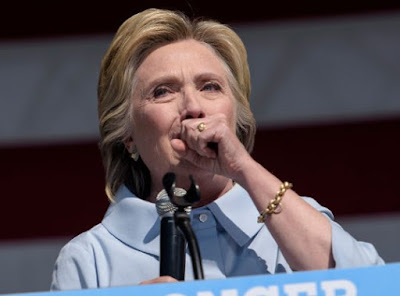 CHAPPAQUA, NY--In response to persistent rumors regarding the health of Hillary Clinton, her campaign staff announced today that the chronic cough suffered by the Democratic nominee has “evolved into a more nuanced case of pneumonia.”

Democrats have long claimed moral high ground by explaining how their past positions have “evolved” over time, implying a lack of Darwinian forward progress on the part of Republican neanderthals.

Perhaps the most famous example of this evolution occurred in 2015, when Democrats—including Barak Obama, Hillary Clinton, Bill Clinton, Tom Daschle, and scores of senators all of whom had supported the Defense of Marriage Act—reversed their position and quickly accused non-conforming conservatives of being "unenlightened knuckle-draggers."

Today’s announcement by the Clinton campaign claims that the frontrunner’s mysterious ailment is simply the most recent example of liberal progressivism.

What started out as a chronic cough due to seasonal allergies (which Clinton has said she suffers from at this same time every year), had, by last Sunday, evolved into dehydration, which in turn rapidly progressed to an apparent syncopal event. After briefly retreating to her daughter’s nearby apartment, Clinton later emerged with renewed vigor and a belated announcement that she actually had pneumonia. Later, it was added that many of her campaign staff had likewise evolved to pneumonia.

At this accelerated rate, Clinton’s health is now on track to transform into some progressive medical disorder well in advance of her Republican rival Donald Trump, who has stalled out at high cholesterol.

“Hillary's admitted health problems have been serious and well documented. She has fainted, fallen and seriously injured herself, been treated for blood clots, suffered a serious concussion, and just a few months ago told the FBI that repeated memory blackouts kept her from remembering key details about her time as secretary of state. Then there was last week's troubling coughing spell, one of at least a dozen or so over the course of this campaign….We were…told it was allergies—why the coughing spells in February then?”

But many of the same reporters who scrutinized the health records of Senator John McCain and questioned his suitability during his presidential run, have since said that they have “moved on” from stories regarding Clinton's health, progressing past any new revelations as being “old news.” 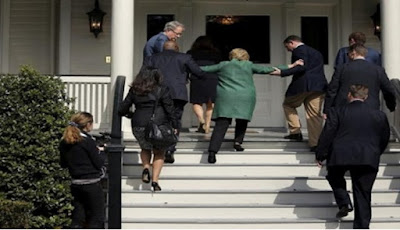